Hunting season has started and that leaves most of the water to WhoDaMan and SonOfDaMan. The day started off with a real nice sunrise signaling that the catch would be good. Just like the old saying “Red at Dawn Fish Take Warn” or something like that. 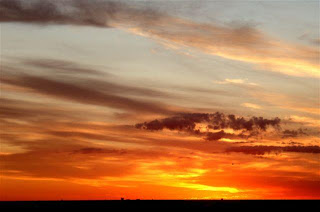 We started our assault in the downtown area where there was a mixed catch waiting for us. 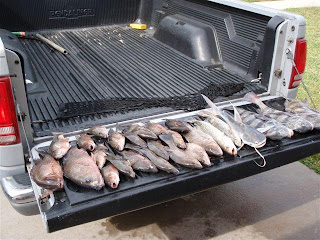 Mangrove snapper, specs, galftop and drum with a few skipjack thrown in.

I told SonOfDaMan that we should take the skipjack and head to the river as the Texas Parks & Wildlife Department or TPWD for short reported that there was low baitfish counts being registered…I suspected gar and I was right. 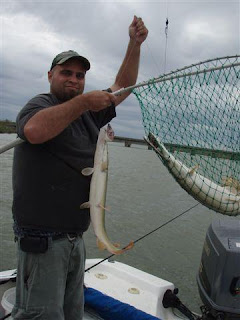 There were so many that we were catching’m 2 at a time on double drop rigs. 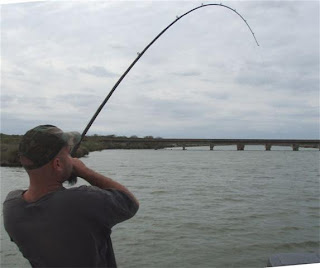 Long rods and heavy line were the combination from keeping them from making it to the rail road track or RRT’s and breaking us off. 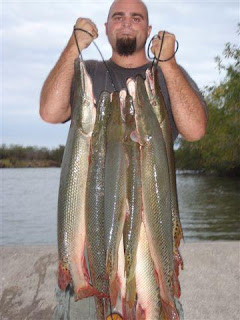 SonOfDaMan is shown here hoisting what may be the largest stinger weight wise that the Fish Slicker Stringer Company has ever had load tested. 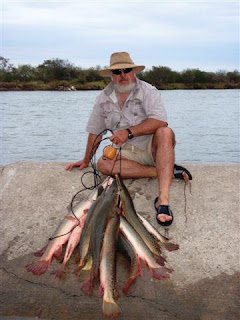 WhoDaMan didn’t really have anything to prove so I didn’t hold the stringer up for my picture. As SonOfDaMan said “They aren’t the biggest gar we have ever caught so we made up with it by catch a bunch”…That’s my boy. Keep what you catch and pretty soon you too will have a freezer full. More pictures are on the http://www.etoepfer.texfly.com/ website.