There was lots of action both on and off the water here on the Redneck Riviera. I did 2 cooking demonstrations for the deaf and hearing impaired. The first one was for the senior group. 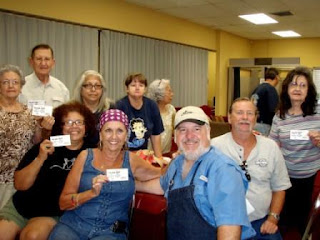 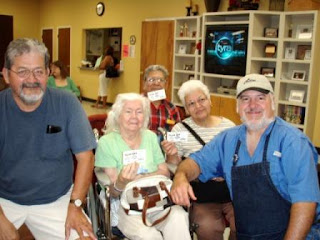 I called to the Kiolbassa Sausage folks in San Antonio and told them what I was doing and they sent them all $5 coupons for their sausage.
Then Friday we did the youth group… 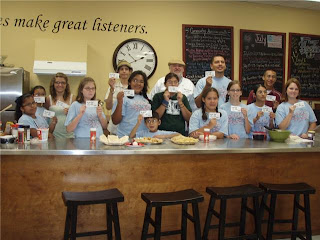 When they surveyed the kids they said they would rather have a cooking demo than go to the aquarium. That really made me feel special and I was glad I could get them coupons also.
I shared recipes and they ate up all the demonstrated recipes. 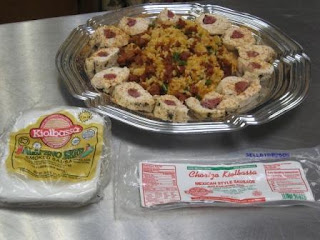 There will be lots more pictures on the website http://www.buddysblends.com/ later…all that cooking made me hungry for some more fish…so 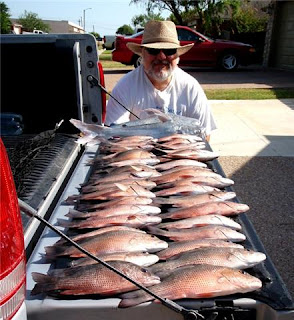 And the son caught one only its mother could love. 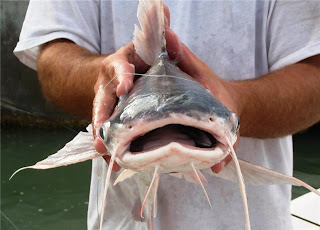 The all filleted up good and I will probably work in another demo for the senior group featuring fish.


For those that voted for the dessert thanks and you can keep voting till the 19th once a day Red White and Blue Contest. It is the Red White & Blue Rice Cream Sundae and it sure was a hit with the kids down here. Sorry yall I didn’t know there was some kind of sign up to vote and I won’t ever get in one of that contest again. I will give the prize money to the Deaf and Hearing Impaired Center here in Corpus to help them out a little. I have a post on the site back about page 12 that says so too.
For past reports visit us at http://redneckrivierareport.blogspot.com/
and more pictures of course are located at http://www.etoepfer.texfly.com/