Radioactive fish near nuclear plant said ordinary but radioactive worms are out of ordinary
Buddy Toepfer outdoor reporter for “The Redneck Riviera Free Press”
Bay City, TX. - When a fish taken from the Matagorda River recently tested positive for radioactive strontium-90, suspicion focused on the nearby South Texas nuclear plant as the likely source. 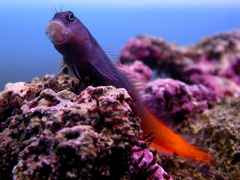 Operators of the troubled 38-year-old nuclear plant, where work is under way to clean up leaking radioactive tritium, revealed this month that it also found soil contaminated with strontium-90.

I did some digging near the plant and found these radioactive earth worms. I discovered a new heavy metal that I named Wormium-243. It gave the night crawlers their green glow. On a plus side they caught more fish at night than the standard night crawler. 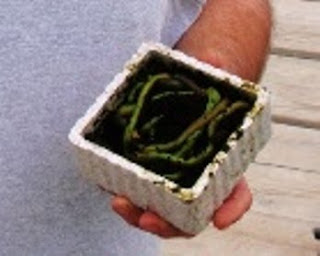 For past reports visit us at http://redneckrivierareport.blogspot.com/ and more pictures of course are located at http://www.gutpile.net/
That is all we know at this time.... this is your "WhoDaMan" reporter on the Redneck Riviera bringing you another almost live...with an auto balanced and resized digital color report.Hawaiian shirts are everyday attire on the Redneck Riviera.Become a Member of the White Shrimper Boot Club
BOOAHH YALL…
Posted by Allie